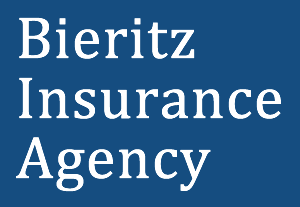 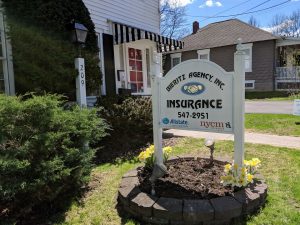 If your child is leaving home to attend college, make sure you check with your auto insurance
provider to see if there are any updates required to maintain your policy because of this change.
It is not recommended to drop a college student from your policy when they leave for school for several reasons.  First, continuous coverage will benefit your child when they are no longer listed on your policy and purchase coverage on their own.  Second, your child may need to drive when they return home during school breaks or if they drive a friend’s car while at school.  Third, having your child listed for coverage on your policy protects your child in the event of any auto-related accident while they are away, as a driver, passenger or pedestrian.
Some companies also offer discounts for your full-time college student drivers.  If your child maintains a grade average of 3.0 or higher, you can provide a transcript and submit for consideration.  You may also qualify for a discount if your child is attending college 75 miles or more away from home.
Students who are taking a car that you own to school can remain on your policy (likely less expensive than under their own policy as a young driver), but you should notify your insurance company of the new address where the vehicle will be located.  If it is in a less populated area, you might end up with a lower rate.  If your student is traveling with their vehicle out of state, make sure your current policy meets the minimum insurance requirements for that state.  If your student owns the vehicle and holds the title, it is likely that they will need to obtain their own insurance.
If you have a student that is attending college and you have questions about their Auto Insurance, call us today at 607-547-2951 in Cooperstown or in Morris at 607-263-5170.

To go along with our recent post on Insuring Your Teen Driver, the following video was prepared by the Insurance Institute for Highway Safety.  It’s about 20 minutes long, but covers some pretty important material.

Your teenager just received their driver’s license!  This is likely one of the most exciting and joyful moments in the life of a young person, and one of the most stressful and worrisome moments for parents. From the student’s perspective, a driver’s license represents some very big things:  freedom (the ability to go where you want, when you want); independence (not having to depend on parents or others to get there); responsibility (for ones’ self, for passengers, for a car, for gas, for others on the roadways).  The driver’s license is one of the milestones in the transition from youth to adult.

From the parent’s view, the addition of a newly licensed driver in the family is more of a mixed bag.  While there is undoubtedly some relief in the ability to share the driving load, there is likely some trepidation as well.

The addition of a new driver in your household also means changes to your insurance policy.  Adding a teen to the family insurance policy is cheaper than purchasing a separate policy, but any infractions may result in increased rates on your premiums.

In New York State, you can expect your policy to increase by about 53% when you add a teen driver; this is actually one of the lowest surcharges in the US, and a bargain compared to New Hampshire, where it’s 111%.  While these percentages represent state averages, there are other factors that will influence this rate, so it is always best to get a quote specifically through your agent.

Rates will typically drop for each year of experience your new driver accrues without any violations, accidents or claims, lowering to about half the original amount when the driver turns 19.  In some cases, good academic grades and successful completion of driver safety courses can also help to bring the rates down.  The kind of vehicle your teen driver is using will impact your rate as well: less sporty/less flashy vehicles with high safety ratings are less costly to insure.

There are also a stream of new auto safety apps for smartphones to help lessen distractions while driving.  Most of these will automatically detect the phone’s GPS location and determine if it is moving at speeds above 10mph.  If moving, it will hold all phone notifications until the end of the trip.

If you have a teenager that will become a new driver soon, give us a call at Bieritz Insurance (607)547-2951 and we’ll help you navigate your insurance options – no GPS required!

A Deer in Your Headlights

A note to all of our Bieritz Agency clients and friends: During the months of November and December our local populations of deer are migrating and mating, resulting in a dramatic increase of movement.  More deer collisions occur during these months than at any other time of year, so we urge drivers to be especially careful, particularly in the early morning and evening hours (times when many people are commuting to and from work).

Deer collisions can cause a great deal of damage and can also be lethal.  A “heavy” deer might weigh over 200 pounds, but even an eighty-pound yearling is capable of totaling a vehicle traveling at high speed.  According to New York Outdoor News, motorists hit over 80,000 white-tailed deer on New York roadways each year (the third highest rate of reported incidents in the U.S.), almost 20% of which happen during the month of November.

Deer tend to stick to certain major travel corridors, which they adjust seasonally to match their movements to food availability and other habitat needs.  Deer warning road signs often indicate areas where deer are often sighted or where multiple collisions have occurred.  A collision can be a car hitting a deer or a deer hitting a car.  Most people are aware that  when you see one deer, there is usually another.  This holds up not only when there are young fawns in early summer, but also during breeding season where bucks follow does or in later winter months when groups of males form “bachelor groups”.

Traveling at slower speeds increases your reaction time if a deer leaps out in front of your vehicle.  Scan the roadsides and watch for eyeshine in your headlights (only visible if the deer looks directly at your car).  Use high beams if there is no oncoming traffic and low beams if it is foggy or snowing.  If you see and successfully avoid deer, flash your lights at oncoming vehicles to warn them of a hazard ahead, and watch the behavior of cars around you as well – a car slowing suddenly could indicate a deer in the area.  Make sure your headlights, brakes and tires are all in good shape.  It is recommended to hit your brakes to try to stop and not swerve to try to avoid a collision.  Swerving out of the travel lane increases the risk of hitting another vehicle or losing control of the car. Because most of our local country roads intersect with wildlife habitat, our drivers have a greater chance of collision, so please keep in mind the above tips to help minimize your risk.  Damage caused by an accident with deer or other animals is covered under the optional comprehensive portion (not the collision portion) of an automobile insurance policy. If you would like to check your coverage, please give us a call at our Cooperstown, NY office at (607) 547-2951 and our Bieritz Insurance Agency staff will be happy to help you.  Safe driving to all from the Bieritz Team!

What Determines the Price of My Auto Insurance Policy?

The cost of Auto Insurance can be affected by a number of different factors.  Check out the full article at the link below and give us a call if we can help you with your policy!

The average yearly auto insurance premium is almost $800, but there is wide variation around this average. Many factors can affect your premium. Not all companies use all of these factors, and some might use factors not listed here…

Read the Full Article Here from the Insurance Information Institute

June is National Safety Month, so our team has decided to provide resources from the National Safety Council to help improve some general safety practices for all our friends and clients.

This week, we are featuring information and resources about distracted driving.

Using a cell phone while driving makes it four times as likely that you’ll crash – while using handheld or hands-free devices.

Provided by The National Safety Council

Employers have realized the dangers of cell phone use while driving and are taking action by passing policies to prevent cell phone distracted driving. The National Safety Council recommends policies prohibit both hands-free and handheld devices and apply to all employees.

This free kit helps employers reduce crash risk. It has all the materials you need to:

Provided by The National Safety Council

Visit us next week for information about Summer Safety!

How is Motorcycle Insurance different from Auto Insurance?

Here’s a quick video from ehowfinance about the differences between these two types of insurance.

To go along with our message to motorists this week – here’s a helpful video from GEICO about Motorcycle Safety.

May is Motorcycle Safety Awareness Month In recognition of May as Motorcycle Safety Awareness Month, Bieritz Insurance Agency would like to reach out to all of our Otsego County motorists and motorcyclists alike, encouraging them to “share the road” in order to reduce motorcycle deaths and injuries. Motorcycles are among the smallest and most vulnerable vehicles on the road, putting riders at greater risk of death and serious injury in a crash. In fact, according to the Department of Transportation’s National Highway Traffic Safety Administration (NHTSA), motorcyclists are 30 times more likely than occupants of cars to die in a crash, and 5 times more likely to be injured.

The latest statistics from NHTSA display this tragedy in stark numbers. Motorcycle deaths have increased every year for 14 of the past 15 years, except in 2009, which saw a decline. In 2012, 4,957 motorcyclists died on America’s roads, accounting for 15 percent of total highway deaths. Motorcycle crash-related injuries also increased from 81,000 in 2011 to 93,000 in 2012.

One way we can decrease the number of fatalities and injuries, and make the roads safer is if we work together, motorists and motorcyclists alike. Adhering to the following rules will improve highway safety for everyone.

Additional information about motorcycle safety can be found at www.nhtsa.gov/Safety/Motorcycles. Please join us in reaching out to other motorists and motorcyclists this month to encourage safe driving every day of the year.

We’ve added a new video to our playlist!  Learn about how Auto Insurance works in this video.

Cars manufacturers are building cars with new features all the time and some of these can make your vehicle safer to operate.  Safety features can help you save money on your car insurance.  If you find yourself in the market for a new car this Spring, here are some things to consider.  Check with our agents to learn if these features can save you dollars on your annual premium – the savings may be worth the additional cost.